The AOL education series, What Remains has released a new video (less than 5 minutes) on the National Hansen’s Disease Center Museum in Carville, Louisiana. The video was filmed in December 2013.

The Libraries partnered with the Hansens’ Disease Museum in 2011 to digitize the patient newsletter, the Star to make it more widely available to researchers.

Alone no longer: the story of a man who refused to be one of the living dead 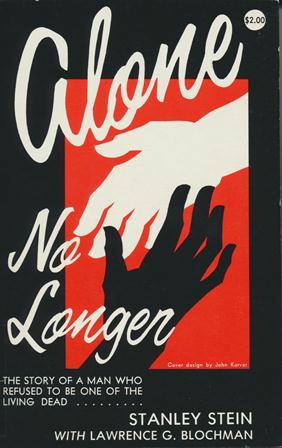 A book new to our library adds to our collection of Hansen’s disease materials.

Alone no longer;?Ã¡the story of a man who refused to be one of the living dead! By Stanley Stein with Lawrence G. Blochman. (1963)?Ã¡

Written for popular readership, this engrossing autobiography of a Carville patient chronicles medical and social progress in treating Hansen’s disease. The author, editor of the hospital newspaper, stresses the crusade to dissociate Hansen’s disease from the “leprosy” stigmatized in the Bible, and to eradicate the term “leper” with its odious social and moral connotations.

Stanley Stein was a Hansen’s disease patient at Carville from 1931 until his death in 1967. He established The Star in 1941, four years after he became completely blind. Alone no longer is his autobiography.

This book was generously donated by Dr. James Riopelle, and is available for check out in the library.

Tags: Hansen's Disease | Books, New Find | Permalink | Comments Off on Alone no longer: the story of a man who refused to be one of the living dead | Posted Thursday, August 2, 2012 by Knapp, Maureen

The full-text of the complete run (1941-2001) of the Star, a bimonthly newsletter published by the patients of the U.S. Public Health Service Hospital, Carville, Louisiana is now available via the Louisiana Digital Library. This collection was created with the cooperation of the National Hansen’s Disease Museum.