The Journal of the American Medical Association (JAMA) has published a new article by Dr. Victor R. Fuchs entitled âBlack Gains in Life Expectancyâ. The article explains how much the life expectancy of Black Americans has increased. The article goes on to detailÂ the leading factors which contributed in closing the gap between Black life expectancy and White life expectancy between the years Â of 1995 and 2014.

The journal issue is available to LSUHSC faculty, staff & students. It can be accessed off-campus with a valid LSUHSC library barcode & PIN. You can find more information at our remote access webpage.

The Data Center released a demographic update entitled, “Who Lives in New Orleans and Metro Parishes Now?” on June 29, 2016. The analysis is based US Census Bureau Data and covers age, education, poverty, and race.

R statisticalÂ software isÂ now availableÂ (by student request)Â on the 3 Library CommonsÂ computers. These computers are available to whenever the building is open and require an LSUHSC login and password.

R is a free software environment for statistical computing and graphics.

The New Orleans Index at Eight, released this month, is a publication dedicated to examining trends and progress in the New Orleans metropolitan area since Hurricane Katrina. The updated Index measures economic growth, inclusion, quality of life, and sustainability. The data gathered for New Orleans metro is then compared to a peer group of post-industrial metros determined pre-2000: Nashville, Orlando, Raleigh, and Austin.

Positive economic improvements made at eight years include a recouping of jobs to 1% above its 2008 job level, diversification in knowledge-based industry in the area, and a growth in start-ups. Inclusion improvements show that New Orleans metro did not fall as sharply as the nation in median household income (3% difference), and minority-owned businesses increased to 27 %. New Orleans metro quality of life data shows a strong increase in the number of arts and culture nonprofits at 34 organizations per 100,000 residents, more than double the national rate. And finally, New Orleans metro sustainability has grown in its expansion of bicycle lanes to 56.2 miles.

While these improvements are notable, the New Orleans metro has a long way to go before it can be considered to be in competition with the exponential growth of its peer cities of Nashville, Orlando, Raleigh, and Austin. As the IndexÃÃÃs summary states, ÃÃÂ£Despite all the shocks it has endure, New Orleans may be on a path toward long-term success. But to fulfill its potential, leaders must look to bolster current strengths and add to them by addressing persistent challenges.ÃÃÃ

The Greater New Orleans Community Data Center (GNOCDC) recently released an examination of U.S. census data: ÃÃÂ£Who Lives in New Orleans and the Metro Area Now?ÃÃÃ. In this report, the GNOCDC compares New Orleans census data from 2000 to data from 2011 in juxtaposition with national averages. Results are graphed according to changes in race/ethnicity, changes in educational attainment and income, changes in poverty and access to vehicles, changes in foreign-born population, and changes in homeownership and household types. The brief focuses on Orleans Parish, Jefferson Parish, St. Tammany Parish, and the Metro area, each of which are the most populous areas with the most readily available data. According the census data, several shifts took place in New Orleans demographics with more pronounced changes occurring in the growth of the Hispanic community, the growth of single-person households, and corresponding decreases in adults with less than a high school degree and increase in adults with a bachelorÃÃÃs degree or higher. In comparison with national averages, however, the Hispanic population here is still low, the median household income in Orleans is only $35,041 versus the national $50,502 (though St. TammanyÃÃÃs is $56,536). New Orleans poverty rate is up to 13% higher in Orleans Parish than the U.S., amount of children in poverty almost 20% higher in Orleans than the U.S, households without access to a vehicle 10% higher, and homeownership rates 20% lower in Orleans, but 12% higher than the U.S in St. Tammany.

You can check out the results for yourself here. 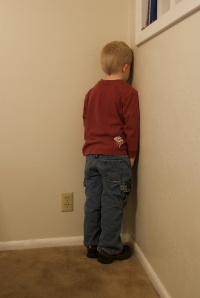 51 journals were given "time-outs" from the Impact Factors

Last week, Thompson Reuters published the 2011 edition of Journal Citation Reports, otherwise known as the Journal Impact Factors.?Ã¡ Several things are new about this newest edition of JCR such as?Ã¡ increased coverage of regional journals and the addition of 526 new journals to the Impact Factor rolls.?Ã¡ However, one new factor, while positive for JCR, was not very positive for journal publishers.?Ã¡ JCR removed 51 journals for “anomalous citation patterns,” aka: systemic self-citation.

How do these “anomalous citations patterns” occur??Ã¡ There are several ways:

1.?Ã¡ Editors may require authors to cite articles in the publishing journal.

2.?Ã¡ An editor may publish a short review article citing every article in the journal published within a certain time period.

3.?Ã¡ An editor may publish a bibliometric study of the papers published in the?Ã¡ journal and then cite each paper.

4.?Ã¡ Several journals may cooperate to form a “citation cartel” whereby the journals cite each other in order to raise their impact factors.?Ã¡ These cartels can be much more difficult to detect because the citations are not just self-cites, they contain cites in several journals.

Although these journals were removed from the JCR for 2011, they will have a chance to return to the impact factor rolls when their citation patterns return to a similar pattern to other journals within their field.

According to Thompson Reuters:

“Suppressed titles were found to have anomalous citation patterns resulting in a significant distortion of the Journal Impact Factor, so that the rank does not accurately reflect the journalÃÃÃs citation performance in the literature. The Journal Impact Factor provides an important and objective measure of a journalÃÃÃs contribution to scholarly communication, and its distortion by an excessive concentration of citations is a serious matter. JCR staff will monitor these journals going forward and the titles will be included in a future edition of JCR when the problem of citation concentration has been resolved.”

Whatever you may feel about the validity and usefulness of a journal’s Impact Factor, this year’s JCR demonstrates that Thompson Reuters attempts to uphold high standards in scholarly publishing.

For more information about the Citation Cartels, check out The Scholarly Kitchen.

LSUHSC affiliated patrons can access the newest Journal Citation Reports through this link.

America’s Health Rankings?Â« has been tracking the state of our nation’s health for over 20 years. This analysis provides a comprehensive perspective on our national health issues, state by state.

America’s Health Rankings?Â«-2010 Edition shows Vermont at the top of the list of healthiest states again this year. Massachusetts is ranked second this year, an improvement from ranking third last year. New Hampshire is number three, followed by Connecticut and Hawaii. However, although Mississippi is 50th and the least healthy state, Louisiana is 49th. Arkansas, Nevada and Oklahoma complete the bottom five states.

Louisiana dropped two spots from last year due to several factors including a high rate of obesity and smoking. On the positive side, Louisiana has a high ranking for access to prenatal care and childhood immunizations. Stay Healthy, Louisiana has a great summary of the state’s ranking.

Today, December 1st, is the date globally recognized as World Aids Day. This annual observance was designated in 1988 as a way to bring attention to the AIDS/HIV epidemic.

According to the Louisiana Third Quarter 2010 HIV/Aids Report published by the Louisiana Department of Health and Hospitals 17,944 persons is currently living with HIV/AIDS in Louisiana. Between the months of January- December 2009 1,220 persons were newly diagnosed with HIV in Louisiana. These are only some of surprising statistics.

For more information about this observance and AIDS Awareness in general visit aids.gov.

The Greater New Orleans Community Data Center (GNOCDC) is commemorating the 5th anniversary of Hurricane Katrina with the New Orleans Index at Five. The index “provides a comprehensive examination of the region through 20 key indicators, as well as seven topical essays informed by on the ground experience and research.” Of particular interest to the health science community is the essay on Community Health Clinics (pdf).

A recent USMMWR article ranked commercial fishing as one of the most dangerous occupation in the United States, even without oil spills and dispersants. This won’t come as a surprise to fans of the Deadliest Catch.

For the ninth consecutive year, Louisiana is ranked 49th among the 50 states in the Kids Count Databook – an annual publication from the Annie E. Casey Foundation on child well-being assessment, reports the Times-Picayune today.

A full report on the state is available.

Maybe it makes me a statistics nerd, but I love the numbers that the Greater New Orleans Community Data Center (GNOCDC) puts out. Last week they released a map demonstrating the “Resiliency of New Orleanians Shown in Neighborhood Repopulation Numbers.” Check out the number of addresses actively receiving mail in New Orleans.

Genetic screening is cheaper, academic endowments are down, and the world is getting shaft from the swine flu. For more 2009 by the numbers, check out Nature Medicine.

Public Health, Statistics | Permalink | Comments Off on 2009 by the numbers | Posted Wednesday, January 6, 2010 by Knapp, Maureen

According to a new report released by the CDC, the average life expectancy of Americans increased in 2007 to 77.9 from 77.7 years in 2006. The five leading causes of death in 2007 were “heart disease, cancer, stroke, chronic lower respiratory diseases, and accidents. These accounted for over 64 percent of all deaths in the United States.”

The Louisiana Department of Health and Hospitals has released its Influenza Surveillance Report through the end of August. It finds that:

Further the report states that “there are 737 lab confirmed cases of 2009 Influenza A (H1N1) in Louisiana. Based on an extrapolation from CDC data, the real case count in Louisiana is closer to 39,000.”

Don’t forget to follow the CDC guidelines for staying healthy.