NIH “All of Us” Program Stresses Patient Engagement 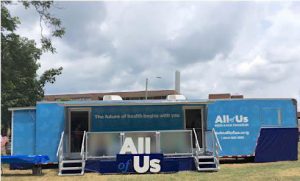 Thursday, October 11th Louisiana Health Sciences Center will host a traveling National Institutes of Health (NIH) exhibit. This exhibit is called,Â  “All of Us.âÂ  LSUHSC is taking part in this nationwide research program that hopes to gather health information from a random sample of 1 million people.

Volunteers will share health and lifestyle information about themselves for research. The goal of the program is to shape the future of healthcare, fast track research, and improve the health of all Americans.

The exhibit will be located in the parking lot in front of the former interim LSU Hospital, 2000 block of Perdido St. (Between Perdido and Poydras Streets and South Prieur and South Johnson Streets) from 8:30 a.m.-2:30 p.m. Make sure you come by and become apart of this exciting new program!

The National Institutes of Health (NIH) recently launched the NIH 3D Print Exchange, a public website that enables users to share, download, and edit 3D print files related to health and science. These files can be used, for example, to print custom laboratory equipment and models of bacteria and human anatomy. The NIH 3D Print Exchange also provides video tutorials and additional resources with instruction on 3D modeling software to enable users to customize and create 3D prints.

Creating a model for print can take hours, even for an experienced user. 3D Print Exchange has created novel, web-based tools that allowÂ users to generate high-quality and scientifically-relevant 3D-printable models in only minutes, simply by uploading a file or typing in a database accession code.Â Users can submit models to the 3D Print Exchange database and openly share tips and software tricks in the discussion forum. 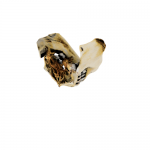 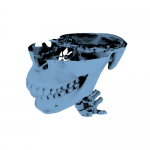 Dr. Elias A. Zerhouni, director of the National Institutes of Health, announced that he will leave at his post at the end of October to to pursue writing projects and explore other professional opportunities.

In a conference call with reporters, Dr. Zerhouni said that he decided to leave the agency before the election ?Ã³ÃÃ©Â¼?Ã´so there is a clear sense that whoever wins the election, N.I.H. has to be a clear priority in their mind.?Ã³ÃÃ©Â¼?Ã

NIH has announced the availability of a Web-based tutorial related to the “Responsibility of Applicants for Promoting Objectivity in Research for which PHS Funding is Sought.”

In its release notice, NIH states, “As part of NIH’s continuing educational efforts to improve and enhance compliance with Financial Conflict of Interest (FCOI) requirements, we developed a Web-based tutorial which reviews the requirements of and the responsibilities for compliance with these Federal FCOI regulations. The tutorial is designed for use by Institutional officials responsible for managing NIH funded grants, cooperative agreements and/or contracts and for individuals who are responsible for the design, conduct or reporting of NIH-supported research.
We hope this tutorial proves to be a useful educational tool and strongly encourage all NIH-funded investigators to take it.”

The tutorial may be accessed on the Office of Extramural Research, Conflict of Interest Page.
LINK: http://grants.nih.gov/grants/policy/coi/tutorial/fcoi.htm

Researchers who receive funds from the NIH take note: most U.S. biomedical scientists will have to send copies of their accepted, peer-reviewed manuscripts to the U.S. National Institutes of Health (NIH) for posting in a free archive (or as us librarians like to call it, PubMedCentral). If they don’t, they could have trouble renewing their grants or even lose research funding, reports ScienceNOW Daily News

The New NIH public access mandate was announced January 11th and will take effect in early April 2008. To learn more about how this may affect you, including a list of journals that already submit to the archive (meaning no further action is needed to comply with the submission requirement of NIH Public Access Policy) click here.